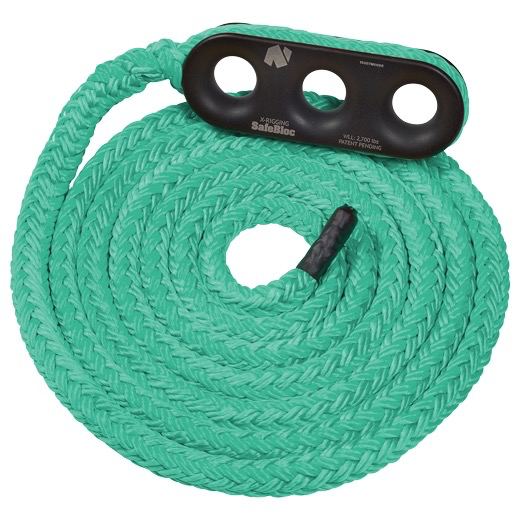 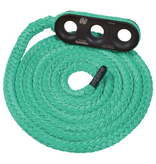 Safebloc with the high quality 3/4" Tenex-Tec dead eye sling, hand-spliced by the experts at Rope Logic with a Notch Safebloc.

The Safebloc is a revolutionary rigging tool that adds friction to the rigging system at the top of the tree. That added friction increases safety by reducing the forces on the anchor point.

It also increases convenience and efficiency on the job by allowing the climber to assist with lowering after the initial drop.

The rigging line can be woven through all three holes for maximum friction, or fewer holes for less friction.