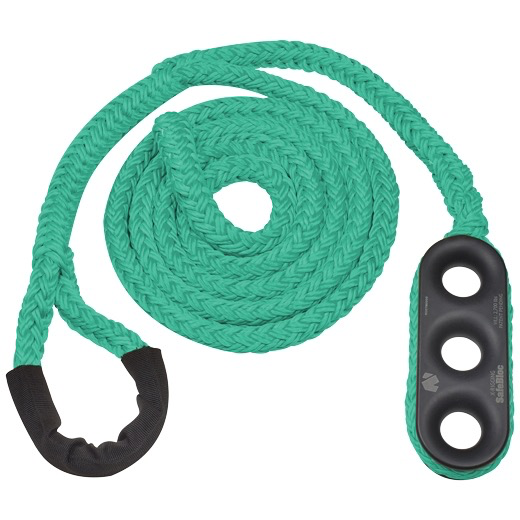 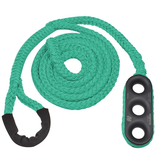 Safebloc with the high-quality Tenex-Tec whoopie sling. The sling adjusts from 3 to 5 ft, and is hand-spliced 3/4" Samson Tenex and a Notch Safebloc. The Safebloc is a revolutionary rigging tool that adds friction to the rigging system at the top of the tree. The added friction increases safety by reducing the forces on the anchor point. It also increases convenience and efficiency on the job by allowing the climber to assist with lowering after the initial drop.

Use the safebloc in any configuration where you would use a block or pulley for rigging. You can change the amount of friction provided by running the rope through only one hole, two, or through all three for maximum friction.