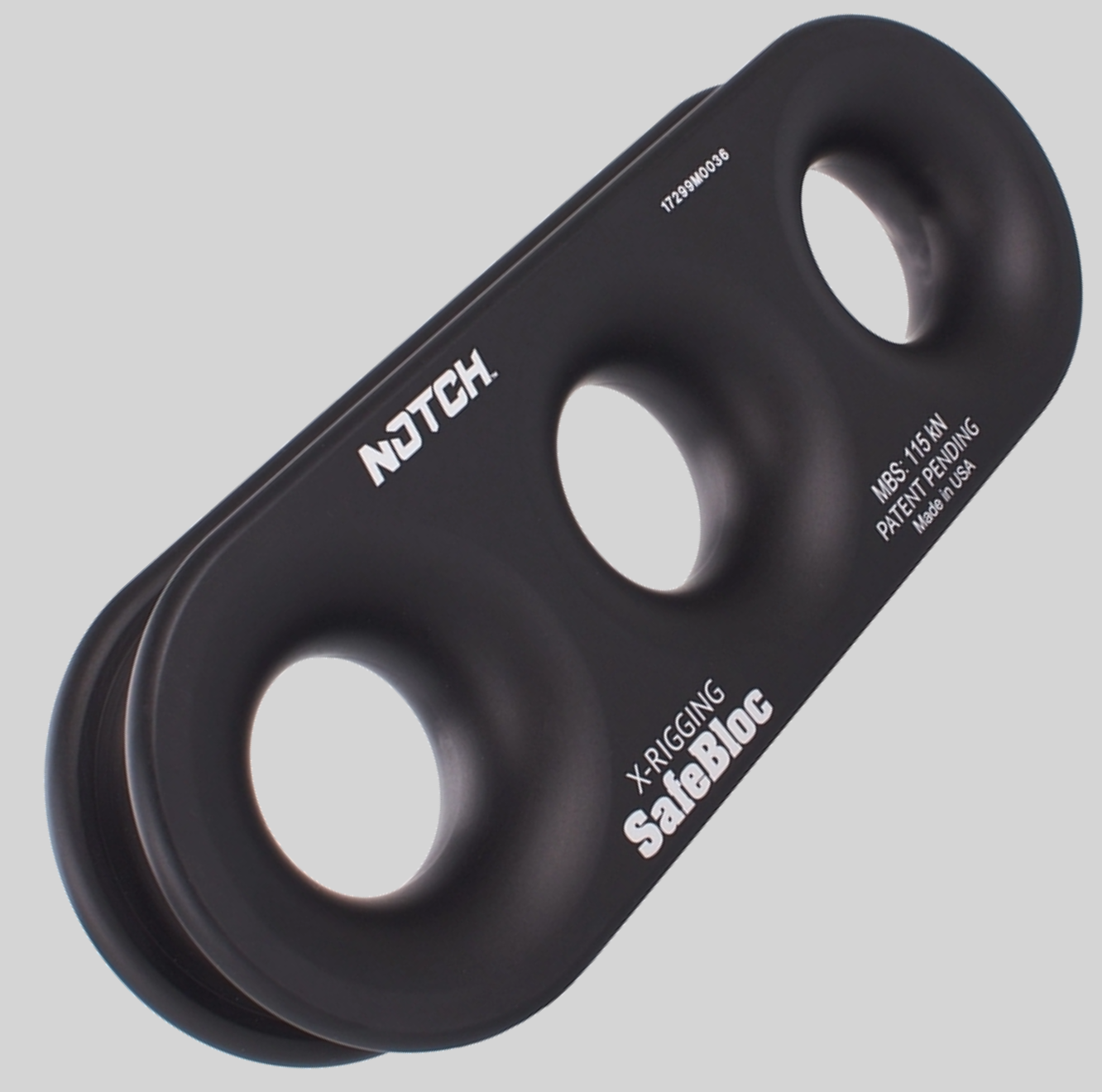 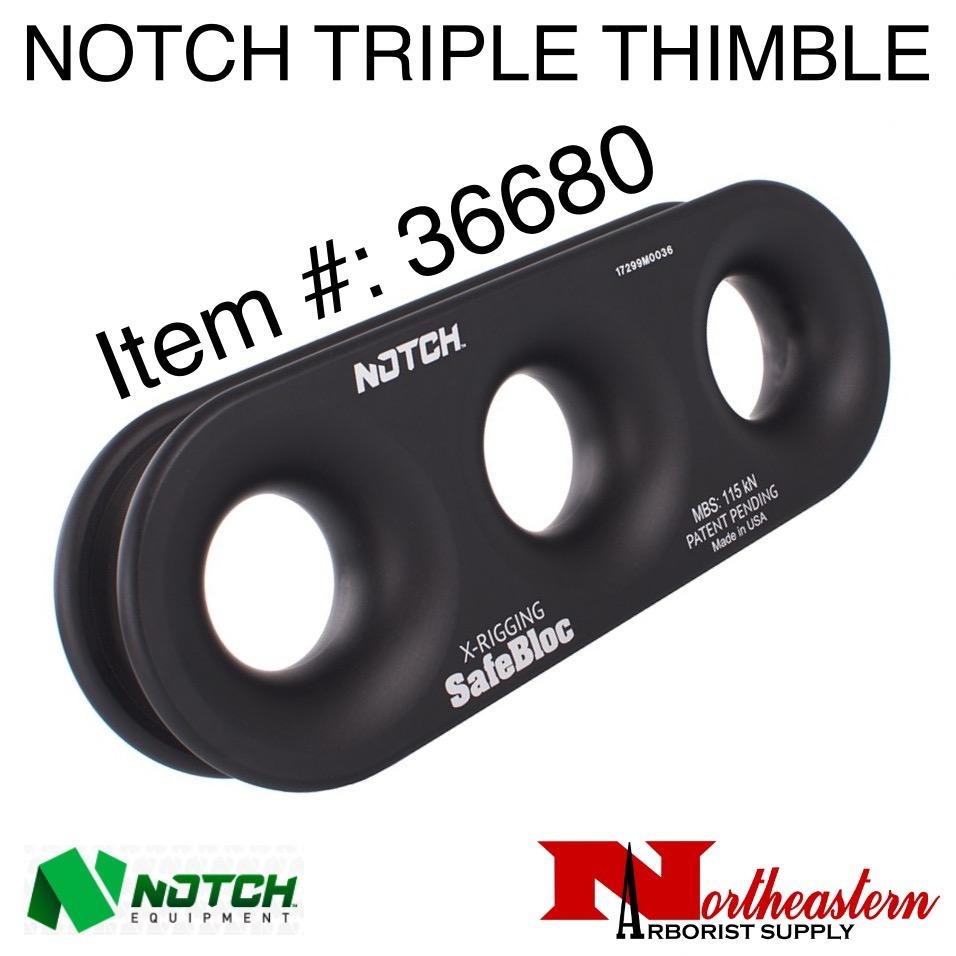 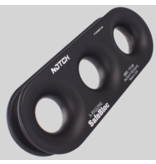 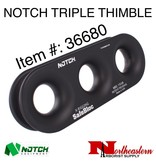 Triple Thimble Only, No Sling Included

with a rope capacity 3/4" each

The future of rigging is here, brought to us by David Driver of X-Rigging Rings. Notch Equipment and David worked together to develop a revolutionary friction tool for rope rigging work called, SafeBloc.

SafeBloc is a triple hole thimble that adds friction in the rigging system to the top of the tree, thus adding safety by reducing rigging point stress, compared to a system that uses a block or pulley. Also, with the benefit of friction, the climber can often take over on the rigging line AFTER the groundsperson controlled the initial drop. This is true on small-to-medium loads. This frees up the groundsperson to use both hands and the climber can FINISH the lowering.

Use the SafeBloc anywhere you'd use an arborist block for lowering. The rigging line can be woven through the three holes for its maximum friction, or fewer holes for less friction. However, the climber should not have to travel back to the SafeBloc to do any adjustments; just pick the friction level predicted and continue to use it. The SafeBloc does NOT add significant friction. A device that added too much friction could be dangerous and fatigue the short length of rope between the SafeBloc and the material being lowered. You can use the SafeBloc without a basal lowering device on small-to-medium loads, but once you get to medium-and-above size loads, it's time to add the basal lowering device.

Lightweight and durable, the SafeBloc has no moving parts to wear out or damage, and is hard-coated for extended wear.

Made in the USA. The Safebloc has no moving parts and is hard-coated for extended wear.

Note: The Notch Triple Thimble should be spliced tightly on its anchor sling so it can not come out when loaded.

Note:  The Notch Triple Thimble should not be used in a spliced sling made of Teufelberger tRex. The stretch in that rope could potentially cause the Triple Thimble to come out of the sling in extreme situations.